On 31 July and 1 August 2017, an interdisciplinary workshop for modelling and assessing the urban water-energy nexus took place at KIT.

The workshop aimed at the exchange and networking of 20 young scientists dealing with the interdependencies between water and energy in urban areas.

Initially, Harald Schönberger (ISWA, University of Stuttgart) reported about the 'waste water treatment in the textile industry' by using numerous international examples. Further keynotes were held by Manfred Schütze (IFAK, Magdeburg) on 'modelling and simulation approaches' and Helmut Lehn (ITAS, KIT) on 'sustainability in the water-energy sector'. Afterwards, the other participants reflected on their research topics in short presentations. Subsequently, requirements on model approaches as well as sustainability aspects of the water-energy nexus were discussed in moderated groups. 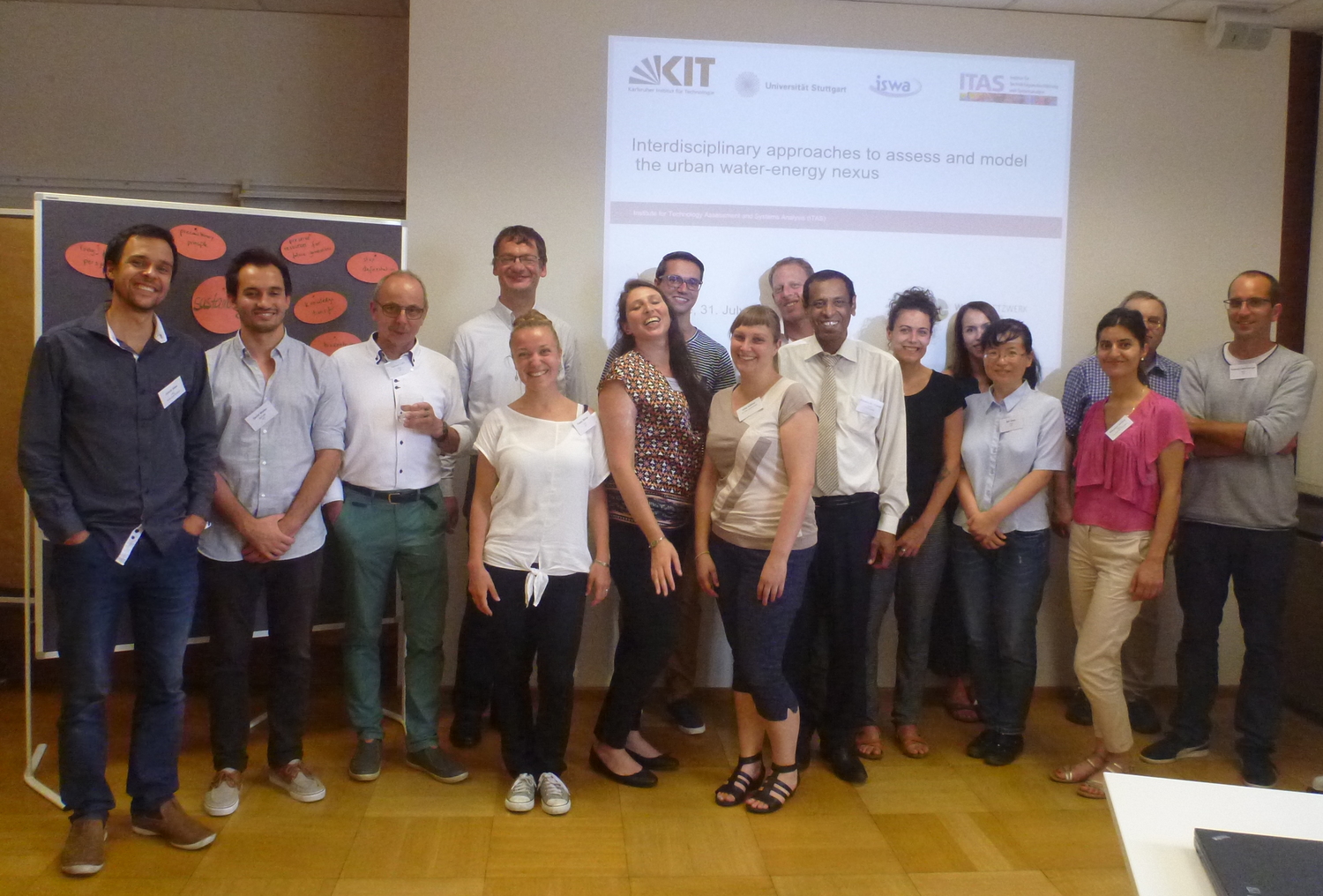 On the second day, the participants discussed aspects of communication and dissemination of scientific knowledge. Furthermore, they took part in an interactive game in which they slipped into different roles of stakeholders: Drivers and barriers of innovative water-management solutions for waste water treatment and reuse were 'playfully' analyzed for two fictitious urban contexts (arid and water-rich) with divergent priorities (save water or energy).

As a result of the workshop, cross-cutting research questions regarding the modelling and assessment of the water-energy nexus were identified. The 'interactive game' was successfully repeated by ITAS during a session of the World Water Seek in Stockholm in August 2017: The session was honoured by the organisers of the conference (session of ITAS at the World Water Seek).

The workshop was organized by Dr. Annika Weiss (Institute for Technology Assessment and Systems Analysis (ITAS), KIT) with scientific support from the Institute for Sanitary Engineering, Water Quality and Solid Waste Management (ISWA) of the University of Stuttgart.

Origin of photos: photos of the workshop (© A. Weiss).